With Oahu’s North Shore as the picturesque backdrop, HIGHWATER focuses on the last 3 events of surfing’s pro tour, the Vans Triple Crown, and examines the heart-stopping action, triumph, and tragedy of the worlds most heralded waves. Pretty amazing! 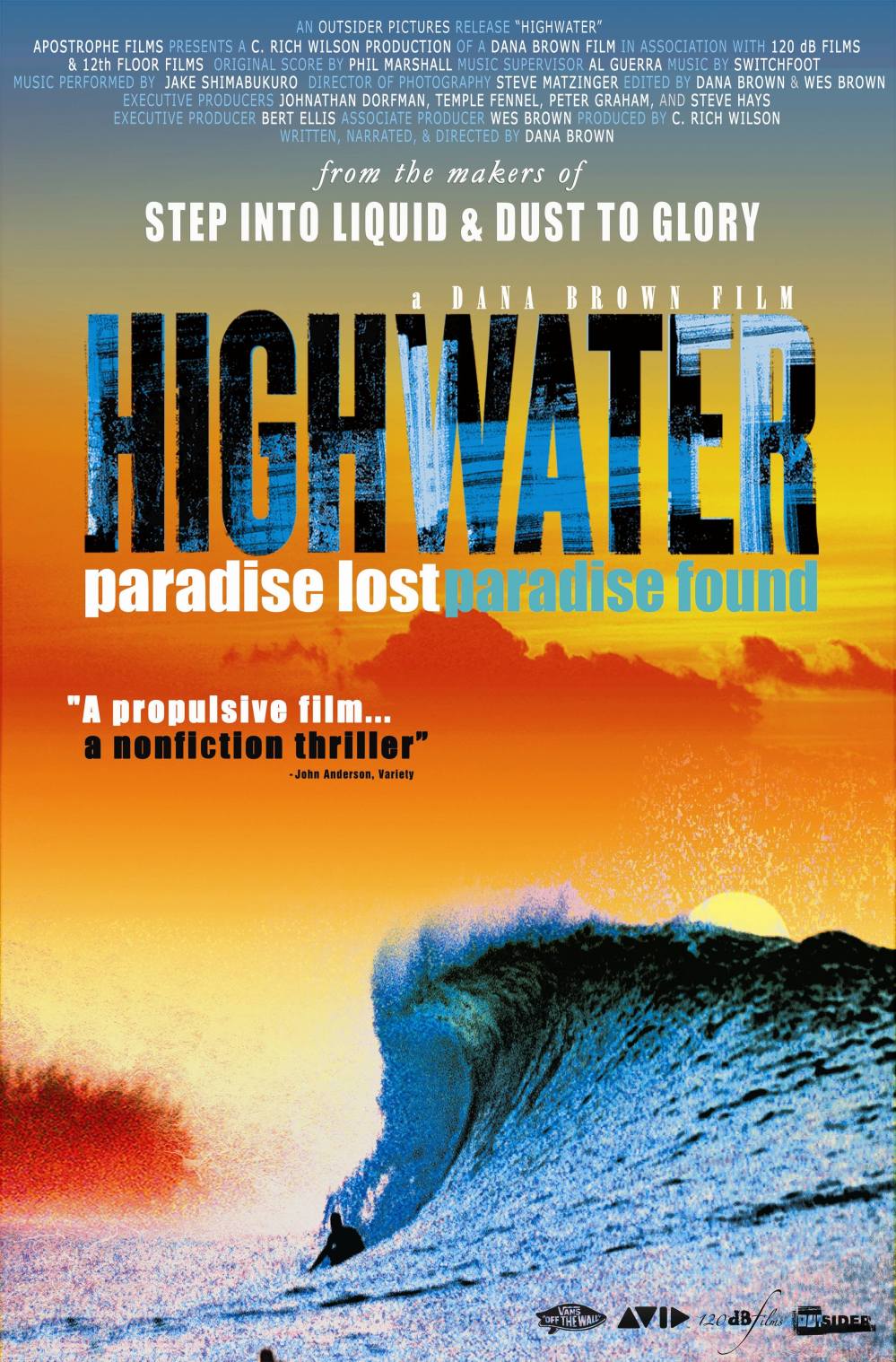 Honolulu, HI (August 20, 2010)The Surfrider Foundation and Outsider Pictures invite you to the premiere of Dana Brown’s new film “Highwater” on Thurs., Aug. 26, 8:00 pm, at Consolidated Theaters’ Ward Stadium. Seats are limited, and tickets are available on a first-come, first-served basis at the Ward Box Office or online at http://www.ConsolidatedTheatres.com. All the proceeds from the opening night show will benefit the Surfrider Foundation and their programs to protect our coastlines.

Highwater chronicles the Triple Crown at a notable milestone, the Rip Curl Pro Pipeline Masters’ 35th anniversary. From the start, Pipeline Masters contests drew attention from national media, including the likes of the New York Times and CBS. ABC’s Wide World of Sports covered the event for nearly a decade, and a network popularity poll ranked the event only behind Olympic figure skating and ski jumping. More and more surfers journeyed forth to the North Shore, attendance grew, tourists and enthusiasts followed.

Women’s Surfing has also grown considerably over the past decade and the Triple Crown offers a women’s title, showcasing the world’s top pro female surfers concurrently with the men’s Series. The Roxy Pro at Haleiwa and the Billabong Pro offer prizes of over $120,000. These two events determine the women’s ASP World Champion and the Vans Triple Crown of Surfing champion, as well as the WCT lineups for the next season’s circuit.

The Surfrider Foundation is a non-profit grassroots organization dedicated to the protection and enjoyment of our world’s oceans, waves and beaches. Founded in 1984 by a handful of visionary surfers in Malibu, California, the Surfrider Foundation now maintains over 50,000 members and 90 chapters worldwide. There are four Surfrider Chapters in Hawaii focusing on water quality, beach access, plastic marine debris and responsible coastal stewardship. For more information about Surfrider Oahu, please contact colleen@oceangirlproject.com, we are putting together a ocean girl group membership!